I first encountered the poetry of Nathan Hoks when he read from his new book The Narrow Circle at New Bo Books, located in the hip New Bohemia district of Cedar Rapids, Iowa. I was intrigued by the poems he read and as he flipped through his book during the reading I was surprised to see images on some of the pages. I bought a copy and started to spend time with it. The more I read the poems and pondered the relationship between his poems and the pages with photographs, the more impressed I was with the individual poems and the thoughtful construction of the book as a whole. In November, I posted a short piece on The Narrow Circle and I emailed Nathan to propose that we conduct a short conversation for Vertigo that would focus on his use of photographs. Here is the result.

Vertigo: First of all, tell us a bit about your intentions for the structure of The Narrow Circle, which is bifurcated into two halves with twenty-two poems each. The first section is labeled The Interior and almost every poem in that section has the word “interior” in the title.  The second section does the same for The Exterior.  How did you arrive at this structure?

Nathan: One summer I simply fell in love with the word “interior.”

Not coincidentally, I was the primary care-taker of my son, thus confined to the domestic interior quite a bit. I was also reading Suzanne Buffam’s wonderful book The Irrationalist, which uses “interior” in a few of its titles. The word possessed a kind of magical spell over me and I found myself not only using it in titles like Buffam, but also orienting my poems in this interior direction. These poems piled up and then I started to worry that I wasn’t being fair to the Exterior. I had no real intent to approach a dichotomy, but I’m a fairly diplomatic person, so I let the Exterior in and the book started to take shape after a lot of back and forth (or in and out)  work. Interior and Exterior became, for me, physical spaces, states of mind, types of experiences, allegorical characters,  and ways of orienting language.

Vertigo: In addition to the forty-four poems, your book contains eight double-page spreads on which you have paired phrases from your poems with photographs.   I notice that these spreads do not have titles and they are not accounted for in the Table of Contents, which seems to make their role somewhat ambiguous. How do these spreads relate to the poems and how do you see their role in the structure of your book?

Nathan: The use of photographs is, in a roundabout way, related to the bifurcated structure of the book. One of my models for working with and corrupting a dichotomy was William Blake, whose poems often coexist with his own visual art. I decided, however, to distance the images from the poems, in part because the poems are not ekphrastic and the images are not merely illustrative. Image and text here are collaborative, but not co-dependent. The pictures, rather, should work as corruption and correspondence, as rifts in the reading process and as routes of potential reference.

Vertigo: When the reader comes to one of these spreads, do you want them to go back to the preceding poems and try to find the place where the quotation came from and think about the poem anew with the photograph in mind?  Or do these spreads stand on their own?

Nathan: Both. I think the spreads can stand alone. The captions, which come from the poems, tag the images and suggest a way of “reading” them, and I very much wanted each spread to have a kind of visual coherence. I wanted the pictures in spreads, in groups of four, in order to provide a bit of relief, a pause in the way that a section break or chapter break does. I hope, too, that they convey a bit of whimsy and lighten the mood (some of the poems seem overly serious to me). However, I hope the spreads also create echoes and provide a visual index of certain motifs. If they do provoke a lot of flipping back and forth for more assiduous readers, that’s great because one of my ideal books would be a book that you can never really finish because linear reading is constantly thwarted by cross-references.

Vertigo: When did you begin to think about employing photographs in some way within the book?

Nathan: They were the last thing I did to the book. I spent roughly three years working on the poems. One of my friends, Chris Hund, read a late version of the manuscript and suggested that, since I was borrowing the contrarian system from Blake, the book might have a visual component, too. I wasn’t sure if he was joking or not, but I started to amass pictures and before I knew it, they became essential to my sense of the book.The stream of images showed me that the book was finished because they formed a fairly coherent visual index. I could see motifs developing, shapes forming, ideas echoing. They were the finishing touch of a composition process.

Vertigo: The list of credits at the back of The Narrow Circle show that the photographs came from a wide variety of sources, including photographs that you took yourself.  How did you select images and how did you pair them up with the text phrases? Which came first: the image or the line of poetry?

Nathan: Most of the images come from various public domain resources, such as the Wikicommons. The photos I took myself were actually recreations of images I couldn’t get the rights to. The language always came first in this process. I chose images that I felt intervened with, complimented, or distorted the poems and their systems of reference in interesting ways.

Vertigo: Did you have any models in mind for the way you wanted to use photographs in your book of poetry?  Were there any particular books or authors that employed photographs that you had studied or found useful as you thought about The Narrow Circle? 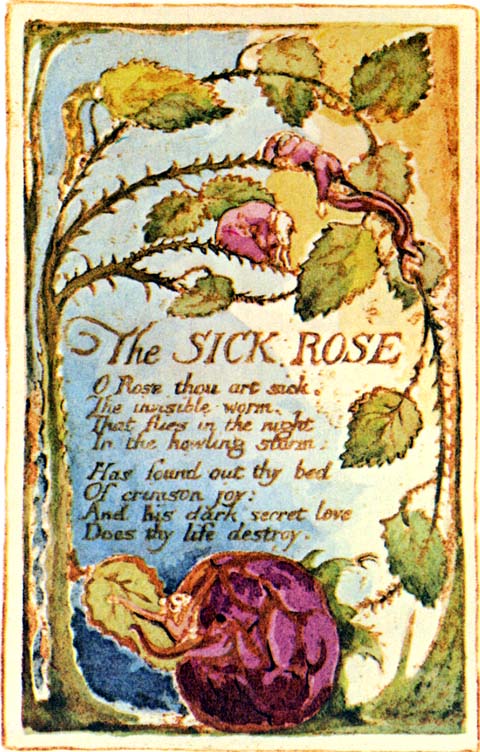 Nathan: I’ve mentioned Blake, who was more of an inspiration than a model. I’ve always been fond of the way Breton deploys photographs in some of his books, namely Nadja and Mad Love. Sebald’s The Rings of Saturn, for sure. And there’s no shortage of books of contemporary poets who have influenced my thinking about the relationship of image and text — for example, Elani Sikelianos and Claudia Rankine, as well as Pierre Alferi in his book OXO.

Vertigo: What was the reaction from your editor at Penguin when (s)he realized you wanted to include photographs in your book of poems?

Nathan: Paul Slovak was very supportive, and I’m very grateful that he teamed me up with a wonderful book designer, Sabrina Bowers.

Vertigo: I’m always curious about the cover art for poetry books. As a consumer of books, I realize how often I am compelled to examine a book simply because of the cover. But I’m surprised how often I will pick up a book of poems in a bookstore based on the cover and start to read some of the poems only to be puzzled by the relationship between the cover art and the poetry. That’s clearly not the case with The Narrow Circle. Who was responsible for discovering the wonderful cover image by Kate MacDowell? I can’t imagine a more appropriate visualization for your book.

Nathan: Alison Forner was the designer who worked on the cover, and I was delighted by the cover she created. Paul and I corresponded before they started designing it, and one idea was that there might be an ear on it — the ear is a central motif, maybe even a secret motif, for me, and I’ll just leave it at that. But the sculpture by Kate MacDowell that they found just blew me away. Not only is it stunning and lovely and creepy in its own right, but to me it embodies the way these poems work. When I first saw it, I was disturbed — not simply by the image, but by how right it immediately seemed to me.

Nathan Hoks is the author of two books of poetry, Reveilles and The Narrow Circle, which was a winner of the 2012 National Poetry Series and recently published by Penguin. He works as an editor and letterpress printer for Convulsive Editions and lives in Chicago with his family.

Like Loading...
Tags: Nathan Hoks, William Blake
From: Conversations with Writers, Nathan Hoks, Poetry
← Recently Read…December 11, 2013
Found – in the Desert →
No comments yet