The Hope of Floating 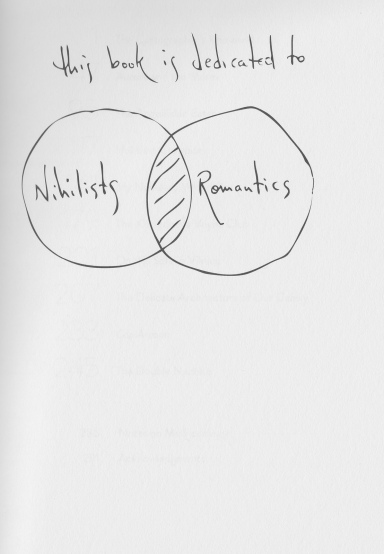 Dedication page for The Hope of Floating Has Carried Us this Far.

I whisper my equations to her; they are orderly and balanced.

She knows this, and replies with the chemical formulas for salt, for devotion, for intimate confession.

The stories and photographs in Quintan Ana Wikswo’s The Hope of Floating Has Carried Us this Far (Minneapolis: Coffee House Press, 2015) strike a balance of power that is exceedingly rare in books that combine fiction with photography. This has something to do with the fact that text and images each occupy a more or less equal amount of page space. But more important is the fact that Wikswo is equally deft with words and photographs. The densely-layered, impressionistic, and yet coherent images in her book seem to have been created with specific stories in mind and yet they can all stand on their own as complex, intriguing images. At the end of the book she briefly comments on her methodology as a photographer who uses salvaged government cameras.

Everything in the photographs is achieved in camera, through old fashioned mechanical and optical and chemical means – the colors, textures, shapes, and multiple layers in the photographs are all created using only the unique aberrations of the cameras’ optics and the chemistry of the film. The negatives are scanned and printed without digital manipulation. When working with an 80- or 100–year-old camera filled with rust, dirt, cracks, and battlefield detritus, each responds uniquely to the film, light, and lenses – most of their calibrations aren’t standardized. It takes a tremendous amount of time to build a sufficient working relationship with each camera to produce even one image. This level of obsession is a good way to learn to watch how the world glows. 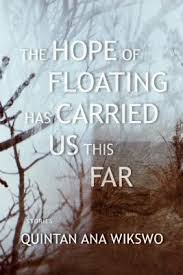 Wikswo, in other words, is a photographic traditionalist of sorts, struggling to make images with ancient, bulky cameras and old-fashioned film. And her prose, which initially feels jarring, experimental, and even “cinematic” (according to the blurb by Rikki Ducornet), also turns out to have traditional roots in Homer, fable, fairytale, and folklore. Her stories are, as she writes, “dislocated from the familiar continuum of time and space.” The gender of the narrator is rarely revealed and, for the most part, characters have no names; only the gods are named.  Her prose is sparse, incantatory, and deliberately antiquated.There are no dates, almost no sign of modern technology (although a great interest in science). When technology is mentioned it tends to be of the steam-punk variety.

The key postal facilities are replete with arcanery that calls itself equipment: cancellation machines whose pulleys are fabricated from human hair; slits and holes and slices in conveyor belts whose apparatus itself is suspended across a crevasse, at who bottom spelunkers claim to have found parcels containing scientific specimen trays of species long since extinct.

Going back and forth between the photographs and the text, one sees that the two are complementary in their moody colors, refracted light, ghostly images, disjointed layers, and tangled meanings. The photographs don’t illustrate the text, they serve as the visual equivalent of the text.

Let’s say she lies all day on a beach in the Antilles, and I embroider her until she becomes my buttonhole: a silken stitch of needle and thread of seaweed. I slip through her skin of sand and cashmere, as though a pearl fastened tight against the rise of her flesh.

And it ends with this paragraph:

She is a buttonhole, and I am the button. There is nothing else.

For Wikswo, the anachronistic exchange of letters written on paper can be a form of eroticism.

I suspect letters are now so uncommon that anyone encountering them cannot resist the compulsion to touch. It begins with turning the paper over, feeling the paradoxical oily crispness of its skin.

The temptation that enough handling can provoke a sentient response in the envelope – as though the proper caress will cause the glue to soften and yield, the flap to curl up slightly at the edges, and then with a gasp, the sheet of writing paper within will begin to simply swell out of the opening.

All of it happening with a fluid muscularity. 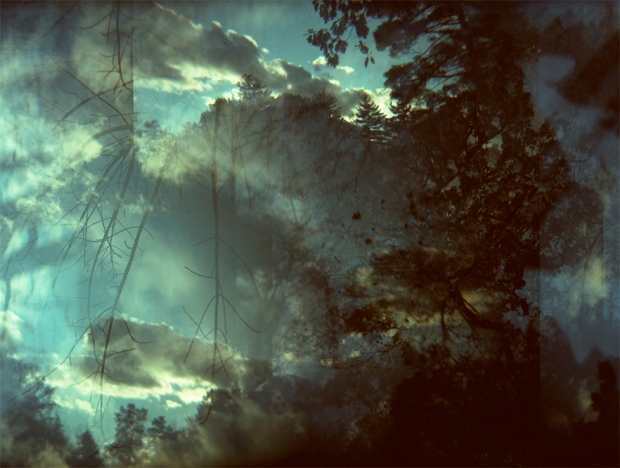 There are moments when The Hope of Floating Has Carried Us this Far seems like an exercise in retrograde experimentalism, a twenty-first century New Age attempt to wipe all of modern technology off the face of the earth. But what wins out in the end is Wikswo’s desire to reintroduce the reader to an intense level of natural vitality that can feel lacking in modern life. It’s not so much an attempt to erase the modern but to restore something ancient and eternal to its rightful place.

There are excellent long interview with Wikswo over at Creative Capital’s The Lab and Literary Hub.