Posts from the ‘Sebald & Literature’ Category

Ω  Three years ago, Five Dials, the online magazine from Hamish Hamilton published some of the notes that David Lambert and Robert McGill took down as they attended one of W.G. Sebald’s last classes on writing.  Their piece, then called “The Collected ‘Maxims’,” has reappeared unchanged as “Max Sebald’s Writing Tips.”  It’s too bad that Five Dials doesn’t get mentioned, and there is no link to that issue (number 5), which, as I noted at that time, was a “goldmine” of articles dedicated to Sebald.  So here’s a reminder of what’s in Five Dials 5:

The new issue of Five Dials is very much an issue devoted to W.G. Sebald.  Nearly half of the 32 pages are related to him in one way or another. The issue opens with a “Letter from the Editor” (Craig Taylor) entitled “On Translation and Sebald.”  This is followed by “A Little Trick of the Mind,” in which four translators ( including Sebald’s primary English translator Anthea Bell) discuss “the world’s second oldest profession.”  (Bell’s father edited The Times crossword puzzle, we learn.)  She talks about translating the Asterix books and Sebald, although most of what she says here about Sebald she has said elsewhere.

Joe Dunthorne, a writer and, perhaps more importantly, a striker for the England Writers’ Football Team, writes about reading Austerlitz and what it meant to him as he moved to London.

Simon Prosser (publishing director for Hamish Hamilton) provides An A to Z of W.G. Sebald, an alphabetical soup of reminiscences grouped under subheadings  such as Bavaria, Climate, Kant, Lac de Bienne (the one place Sebald felt truly at home), Smoking, and Zembla.

And lastly there is a short piece by the late author Roger Deakin.

Ω  Not too long ago I wrote about Laird Hunt’s great 2012 book Kind One.  Now there is an interview with him by Roxanne Gay over at Bookforum.  Laird gives a very interesting and articulate discussion on a wide range of topics, including the issue of literary genre.

The fact that all the ghosts and witches and detectives and space ships had to operate in the relative shadows for many years brought its own rewards and much brilliant work, some of which is being retroactively anointed (think of the canonizing of Philip K. Dick), but it has also presented us with the strange and distorting notion that there is anything inherently unusual about the inclusion of such elements in writing worthy of being celebrated far and wide.

My first and lasting literary light-ups were European, French in particular, and what we think of as being related to genre is everywhere in writings published by France’s biggest houses. Whether we’re talking de Maupassant or Robbe-Grillet, Jean Echenoz or Marie Ndiaye, S & M, the supernatural and the gangster are all there, unapologized for, and have been for years.

“Yes, it’s the weak who invite violence who are the problem.” 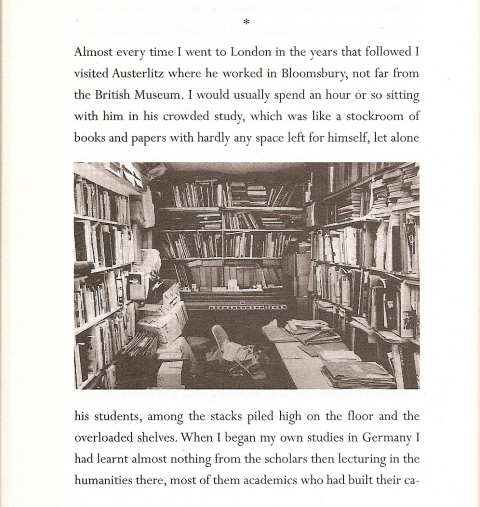 Over at ZEEK: A Jewish Journal of Thought and Culture there is an intriguing essay coauthored by Mark Shechner,  Thane Rosenbaum, and Victoria Aarons called “The New Jewish Literature.”  The three write from the perspective of being the jurors for the past five years for the Edward Lewis Wallant Prize, which is awarded annually to a Jewish writer living in the United States.  The essay’s authors detect a new generation of Jewish writers in this country, supplanting the old image of the Jewish-American writer made famous by Saul Bellow, Philip Roth, Cynthia Ozick, and others.

In much of the best newer fiction, the arias of “me, me, me” have faded into choruses of “us, us, us,” with the “us” being the Jews as a collective body. Many of these writers are not just disinterested in the self-referential, self-analyzing, self- gratifying, self-scrutiny, but they no longer question their connection to the tribe. Gone is the self-loathing and turbo- charged assimilating; the newer writers take it as a given that they are Jews. The Jewish stereotype is no longer being assisted by the Jewish writer: Gone are Roth’s shiksa-chasers, Malamud’s beleaguered, beaten-down and luckless Jews, Bellow’s exhausting intellectuals and demotic sharpies; Ozick’s Jewish writers and intellectuals trapped between two worlds and memories; Henry Roth’s immigrants who will never shake off the Ellis Island stench. There are no longer Jewish mothers and references to bagels and baseball and assimilationist dreams.

Shechner, Rosenbaum, and Aarons refer to a handful of recent examples and outline the three main “developments” that they see in new Jewish fiction in America:

1) The growth of historicism and the emergence of the collective self, the “we” and “us” of the historical self replacing the “I” and “me” of earlier fiction; 2) The appearance of the researched novel as a vehicle for this historicism. In this regard, writers like Houghteling and Orringer might be considered “children of Sebald,” after the German writer W.G. Sebald who pioneered a style of meditative scholarship that has had a powerful effect on subsequent writers; 3) The outlines of a new transnational or diaspora writing that recalls a century’s earlier condition of Jewish writing under the powerful influences of Zionism, Marxism, the Haskalah, the Yiddish renaissance, and the vernacular (Russian, Polish, German, Czech, French) revivals of a century earlier. This transnationalism, however, is no longer scattered across European soil but concentrated on our own.

Josh Lambert, at Tablet, follows up with an essay called “Archive Fever,” in which he suggests “another vector of influence”: “the positioning of creative writers within the university and on academic payrolls.”  Referring to Mark McGurl’s book The Program Era, about “the explosive proliferation of MFA programs in creative writing.”  Lambert evaluates some of the same books mentioned “The New Jewish Literature” and comes to a different conclusion:

The archival turn exemplified by these recent novelists may have less to do with Sebald’s influence or with the blandness of contemporary Jewish life in the United States, then, and more with the status of literature in our culture. A literary novel is much more likely to be a credential for tenure these days than a popular entertainment, and some of our novelists—whether formally employed by universities or just having been educated by them—increasingly resemble our academic scholars. Whether or not this is salutary, and whether or not we like it, the archival turn reflects how our authors get paid, and if this current crop of emerging Jewish novelists is any indication, some get paid to teach us Jewish history.

I’m not in a position to say anything about recent Jewish fiction writing in the US, but I will say that Lambert’s argument leaves me cold.  For one thing, I’m not cynical enough to say, as Lambert does, that “a cynic would say that this development reflects the feeling among young American Jews that there is nothing poignant about their lives” or to suggest, as Lambert does: “why wouldn’t a student like [Sara] Houghteling want to write fiction set in, say, France, if a fellowship were forthcoming that would fly her to Paris gratis and cover her croissants?”   These are not reasons that writers are sourcing their work in the archive.  I think the authors of both essays miss the point that the archive has served as one of the most potent tropes for writers and artists for nearly a half century.  Take, for example, the 2008 exhibition at New York’s International Center of Photography called Archive Fever (probably based on the title of Jacques Derrida’s 1998 book Archive Fever, which is likely the uncredited source for Lambert’s essay title) and reviewed here by critic Jerry Saltz.  This exhibition covered some thirty years of contemporary art, including Christian Boltanski, Sherrie Levine, Andy Warhol, and others.

In the modern era, the archive—official or personal—has become the most significant means by which historical knowledge and memory are collected, stored, and recovered. The archive has thus emerged as a key site of inquiry in such fields as anthropology, critical theory, history, and, especially, recent art. Traces and testimonies of such events as World War II and ensuing conflicts, the emergence of the postcolonial era, and the fall of communism have each provoked a reconsideration of the authority given the archive—no longer viewed as a neutral, transparent site of record but as a contested subject and medium in itself.

In short, I don’t think it is accurate to say that any group, whether Jewish writers or academic-based writers, have a corner on the now well-established tradition of exploring the archive.