I’ll be visiting London and Cambridge in April and the folks at the London Review Bookshop have invited me to join in a program celebrating the 20th anniversary of the publication in Great Britain of W.G. Sebald’s The Rings of Saturn. Grant Gee will be screening his terrific film Patience (After Sebald). Here’s the LRB’s program preview:

Marking 20 years since the translation into English of the late W.G Sebald’s The Rings of Saturn, one of the most remarkable books of the late twentieth century, Grant Gee introduces his acclaimed 2011 documentary essay film tracking both the journey taken in the volume, and the work’s own influence on numerous writers, artists and thinkers.

He will be joined in conversation by the film’s creative consultant, writer and critic Chris Darke, and Terry Pitts, founder of the remarkable literary blog Vertigo, founded out of a profound admiration for Sebald’s work. The evening is hosted by Gareth Evans.

You can purchase tickets for the 7:00 PM event at the LRB website. Come say hello!

In preparation for watching Patience, take a listen to the film’s hauntingly beautiful score by The Caretaker over at Bandcamp. Leyland Kirby (aka The Caretaker) used Franz Schubert’s 1827 piece Winterreise as his source material, which he “subjected to his perplexing processes, smudging and rubbing isolated fragments into a dust-caked haze of plangent keys, strangely resolved loops and de-pitched vocals which recede from view as eerily as they appear.” 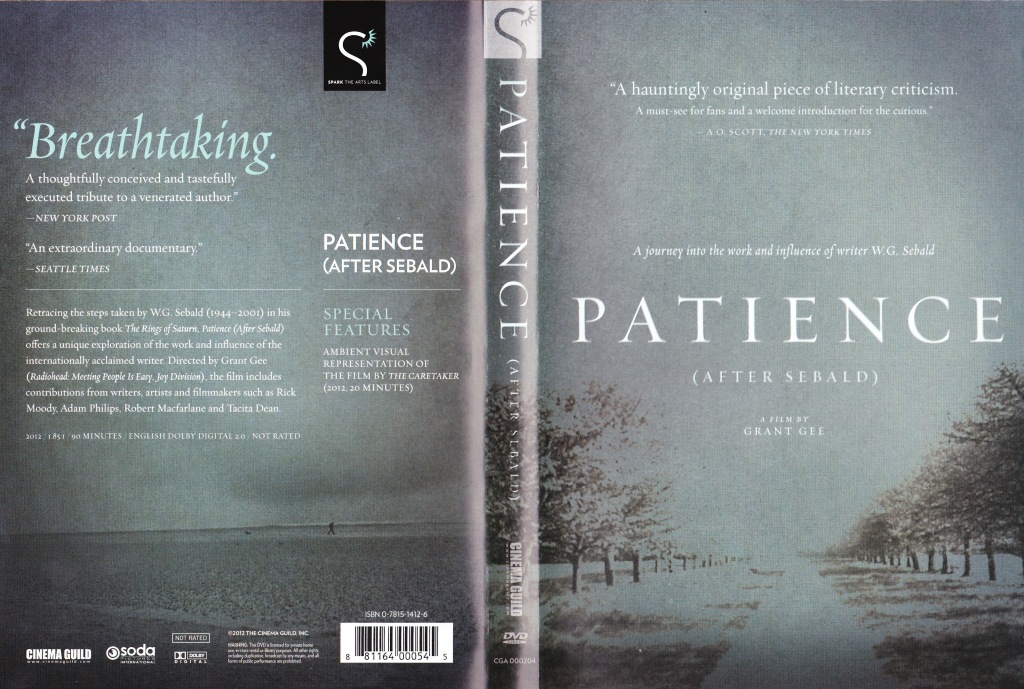 The DVD of Grant Gee’s film Patience (After Sebald) has been released.  I’ve written about Gee and his film several times, but here’s the primary link on the content of Patience (After sebald), which also bears the subtitle A Walk Through The Rings of Saturn.  The DVD contains one “extra”: a 20-minute “Ambient Visual Representation of the Film by The Caretaker.”  The ambient musician The Caretaker was responsible for the score for Patience, and this short video piece combines layered images from the film with The Caretaker’s layered music and sounds into a meditative, almost abstract experience.  The DVD is available from the distributor and other sources. 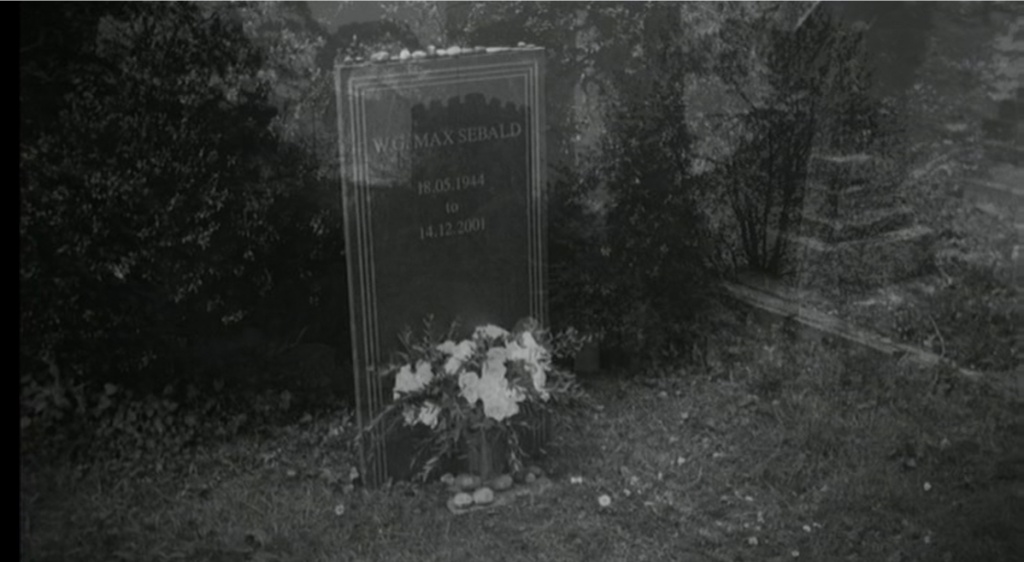 Here’s a bit more information about ambient musician The Caretaker (you can buy the music here).

The Caretaker, James Leyland Kirby, returns with a long-in-the-making soundtrack to acclaimed filmmaker Grant Gee’s documentary about German writer WG Sebald. Patience (After Sebald)… Much like The Caretaker’s oeuvre, Sebald’s works are particularly focused on themes of memory, both personal and collective, making Kirby the ideal candidate for this score. Grant tasked him with soundtracking responsibilities, but rather than thrift shop shellac, the source material for Patience was sourced from Franz Schubert’s 1827 piece Winterreise and subjected to his perplexing processes, smudging and rubbing isolated fragments into a dust-caked haze of plangent keys, strangely resolved loops and de-pitched vocals which recede from view as eerily as they appear.